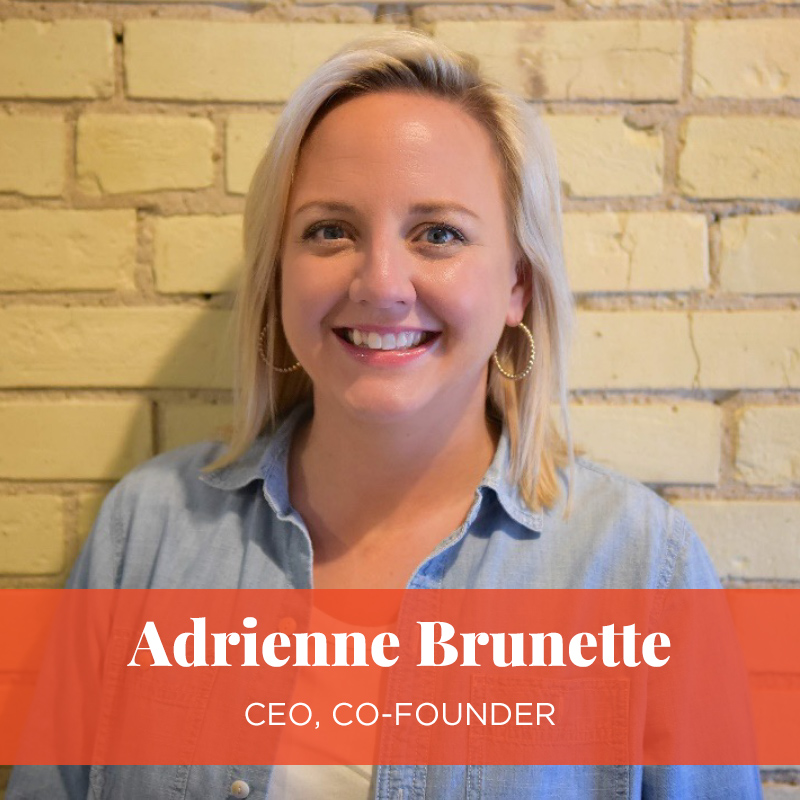 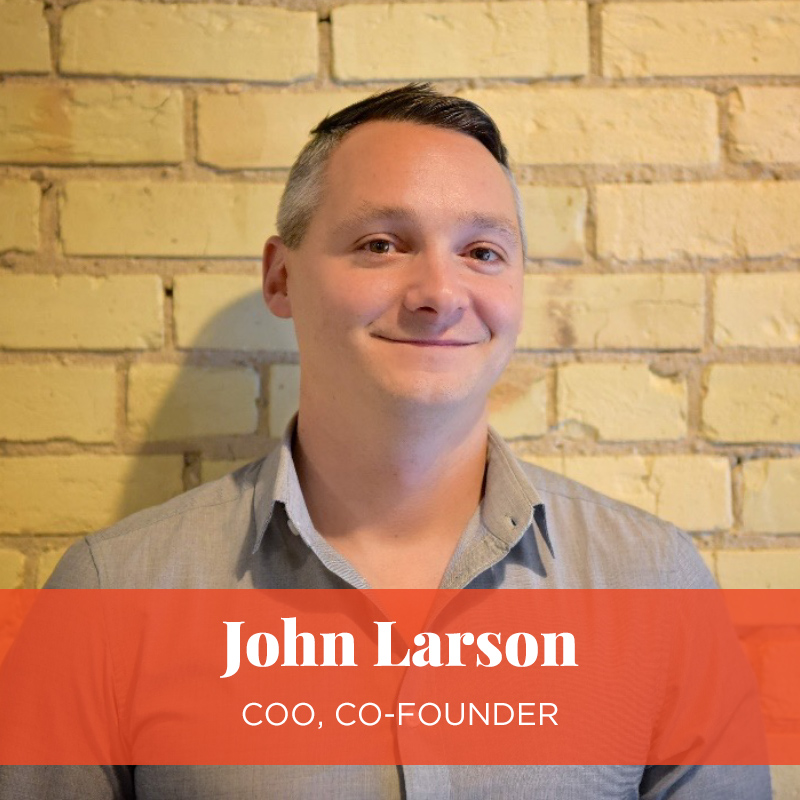 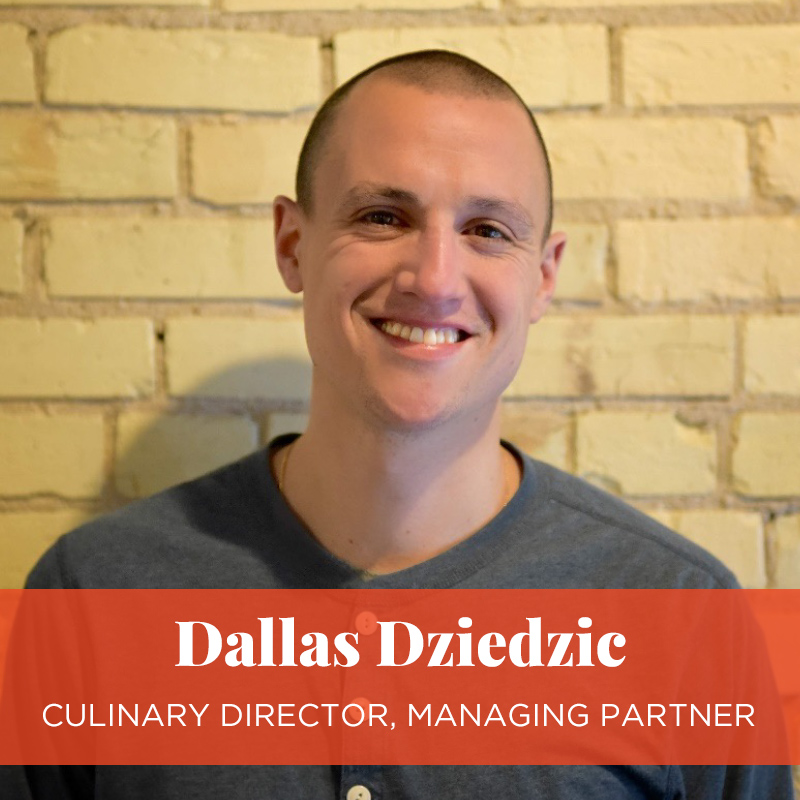 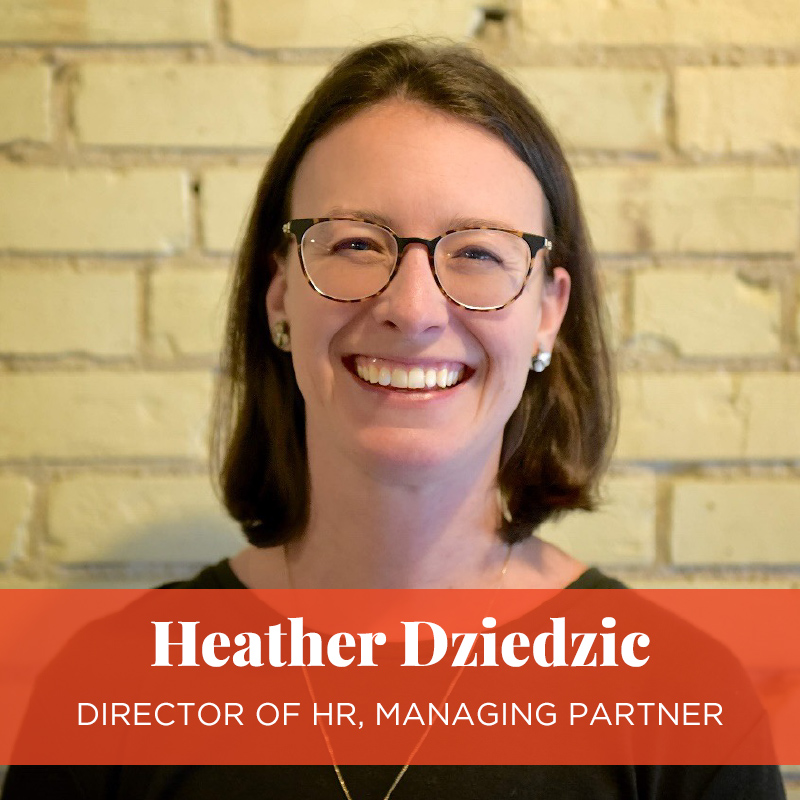 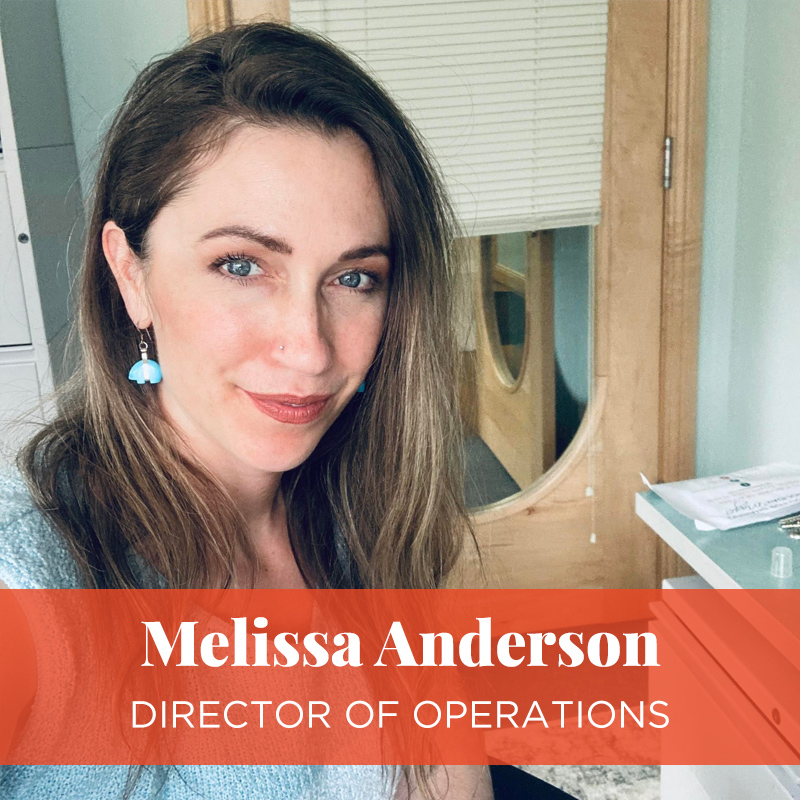 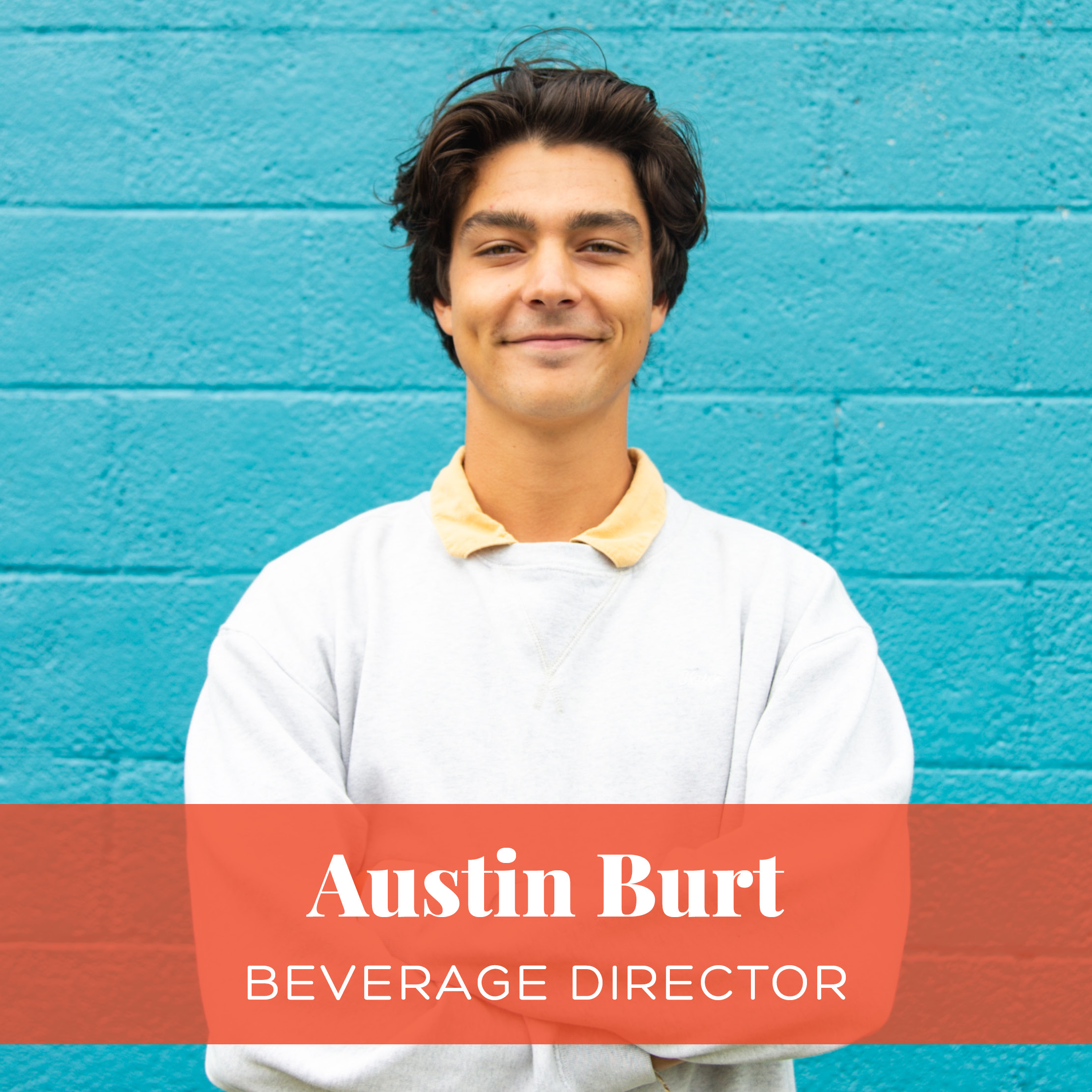 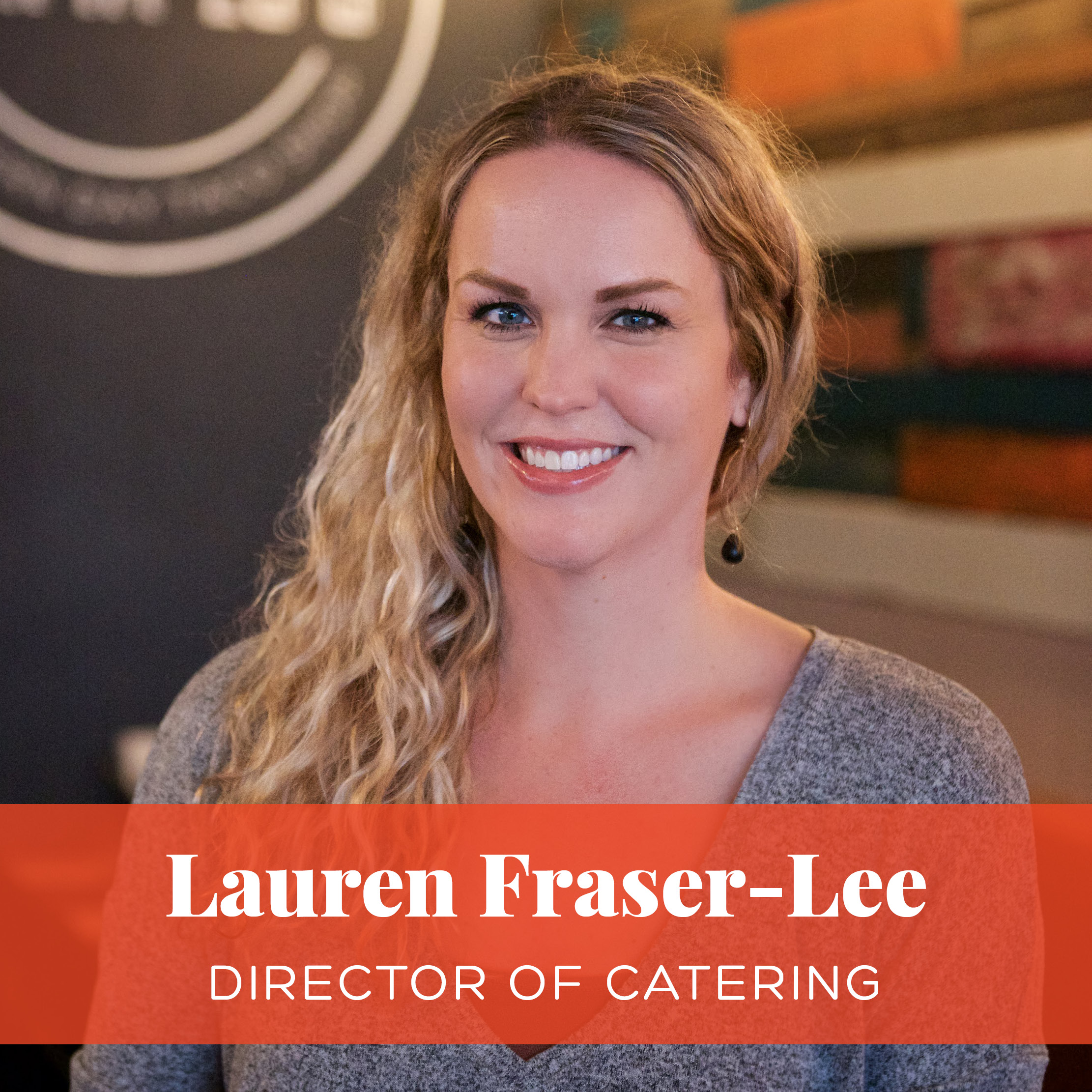 
A Hospitality Business graduate from Michigan State University, Adrienne has always had a passion for the food & beverage industry. Working her way through college in restaurants, upon graduation, she took a position as a seasonal Restaurant Manager for Aramark at Lake Powell Resort & Marina in Arizona. As the season ended, she wanted to stay out west and took an opportunity to work in Seattle for the W Hotel. There she learned the catering & banquet side of the business where she worked as a Catering Manger servicing weddings and corporate events. Missing the mid-west, Adrienne moved to Chicago where she took a position as a Catering Manager for a boutique hotel, The Allerton, on Michigan Avenue’s Magnificent Mile. Looking to grow as a leader in the Hospitality industry, Adrienne had the opportunity to be on the opening team of a neighborhood restaurant Gemini Bistro in Lincoln Park, Chicago. She quickly remembered why she fell in love with the restaurant industry. Being able to work with people face to face daily and providing genuine hospitality was something she missed. Gemini Bistro didn’t have room for career growth at the time so she moved to Florida to work for the leader of the hospitality industry The Ritz Carlton. It was there that she met John and soon after, they decided to make the move back to the ‘big city’, this time as the General Manager of Gemini Bistro. Adrienne worked there for 3 years and during that time, had the opportunity to open two other restaurants alongside the owner Ryan O’Donnell as well as learn the accounting and financial side of running a small business. It was during that time they welcomed their first daughter Vera. Wanting to open a restaurant of their own, they decided to move back to the area Adrienne grew up in, Northern Michigan. They opened their first restaurant, Mama Lu’s in 2016 as well as welcomed their second child Cass. In 2020 they opened their second restaurant The Flying Noodle. Adrienne is also the CEO of the restaurants’ parent company Honest Hospitality. In her free time, Adrienne is most likely enjoying family time with John and her kiddos. 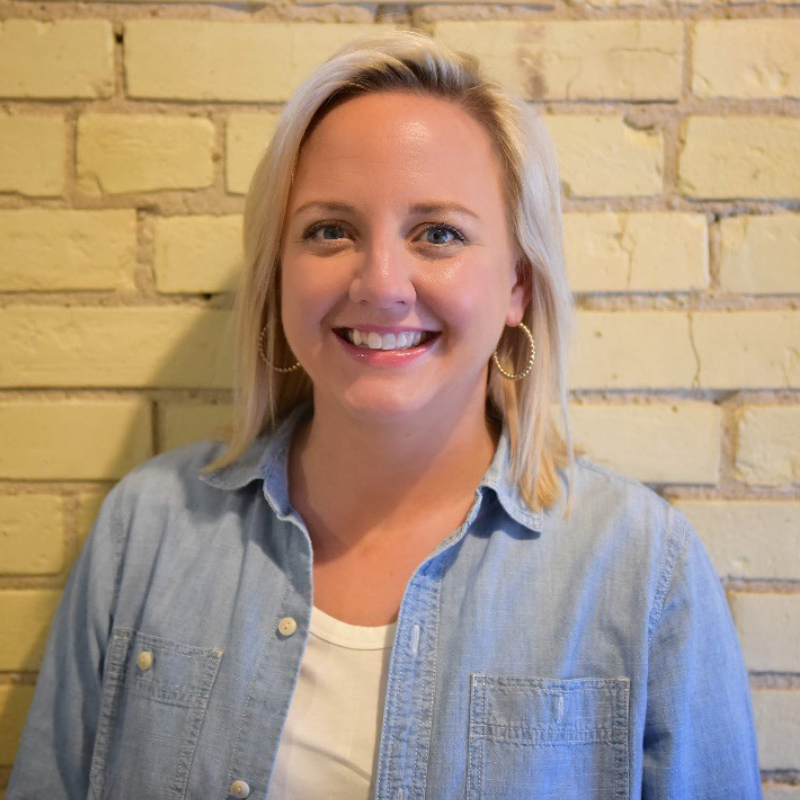 
After graduating from the French Culinary Institute in New York City, John moved to Arizona to work at the world-renowned health spa & resort Canyon Ranch. His focus was in the pastry program servicing daily operations for 500 guests. Expanding his culinary experiences, John went on to work under Chef Janos Wilder of Janos, a AAA 4-Diamond restaurant. Working under the James Beard award winner, he moved through all of the different positions in the kitchen. Being young & ambitious, John continued on, moving to San Diego and become the Sous Chef at J-Six, a Chef driven kitchen. After spending several years on the West Coast, John moved to Florida, where he joined the team at The Ritz Carlton, however this time working in the front of house. This opportunity allowed him to not only gain the knowledge of a restaurant’s front of house, but also to meet his other half Adrienne. Her family was in Michigan and wanting to be closer and back in the 'big city' culinary scene, they moved to Chicago where John worked as the Head Baker for Hogsalt Hospitality, a restaurant group ran by well-known Chef/Owner Brendan Sodikoff. He ended his three years in Chicago, however, working for Ryan O’Donnell at Gemini Bistro and Rustic House. There, he held positions as Executive Sous Chef and Executive Pastry/Baker. It was during that time John and Adrienne welcomed their first daughter Vera. Wanting to open a restaurant of their own, John and Adrienne decided to move back to the area Adrienne grew up in, Northern Michigan. They opened their first restaurant, Mama Lu’s in 2016 as well as welcomed their second child Cass. In 2020 they opened their second restaurant The Flying Noodle. John is also the Director of Operations of the restaurants’ parent company Honest Hospitality. In his free time, John likes to spend time with his family. In the winter you’ll find him skiing with his kids, and in the summer, when he's not out for a run or a bike ride, he’s most likely out on the lake on his pontoon boat. 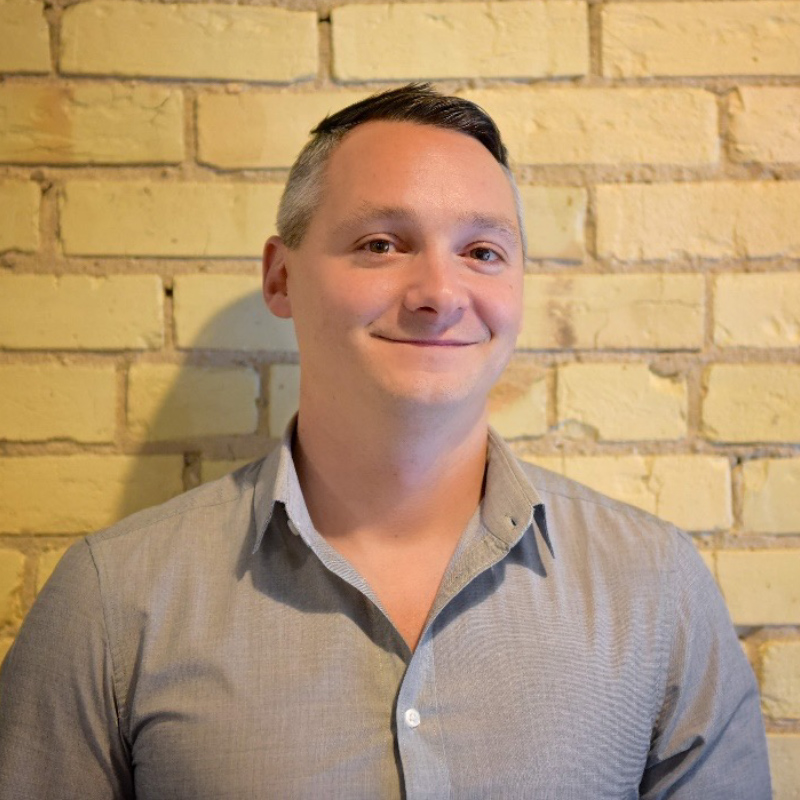 
Dallas has worked in kitchens since he was a kid, getting his start washing dishes at a local bar. He worked his way up in the kitchen and eventually studied Culinary Arts at the Great Lakes Culinary Institute in Traverse City MI. After meeting his now wife and wanting to gain more experience, the two packed up and headed to the great Pacific Northwest. There he had the opportunity to work in several professional kitchens. specifically, the W Hotel's former Earth and Ocean, mastering the top-notch service associated with the Starwood Hotel brand. After three years growing with the company, the couple decided to move back to shift gears and head to the Midwest to explore the extensive food scene in Chicago. Dallas settled at the iconic Public hotel and was on the opening team of the historic The Pump Room under leadership of Micheline Star chef Jean-Georges Vongerichten. When the opportunity presented itself to collaborate on another restaurant opening, he returned to Seattle in 2014. Dallas worked alongside his brother to open Harried and Hungry, a high-volume café & catering company. With his continued eagerness for culinary exploration, he left the profitable business to join the team at Brimmer and Heeltap as their Chef de Cuisine. There he used his innovative approach to food to harness and elevate menu flavors and offerings. Wanting to start a family in the area he grew up, he made one final cross-country trip, putting down roots in Traverse City MI. He began working as the Executive Chef at Mama Lu's before partnering with Mama Lu's owners and opening a restaurant of his own The Flying Noodle in 2020. Dallas is also the Culinary Director of the restaurants' parent company Honest Hospitality. He welcomed his first son Vincent in 2018, and a daughter Hazel in 2021. When he’s not cooking, Dallas can be found working around home with the family or kicking back and enjoying a good glass of Bourbon. 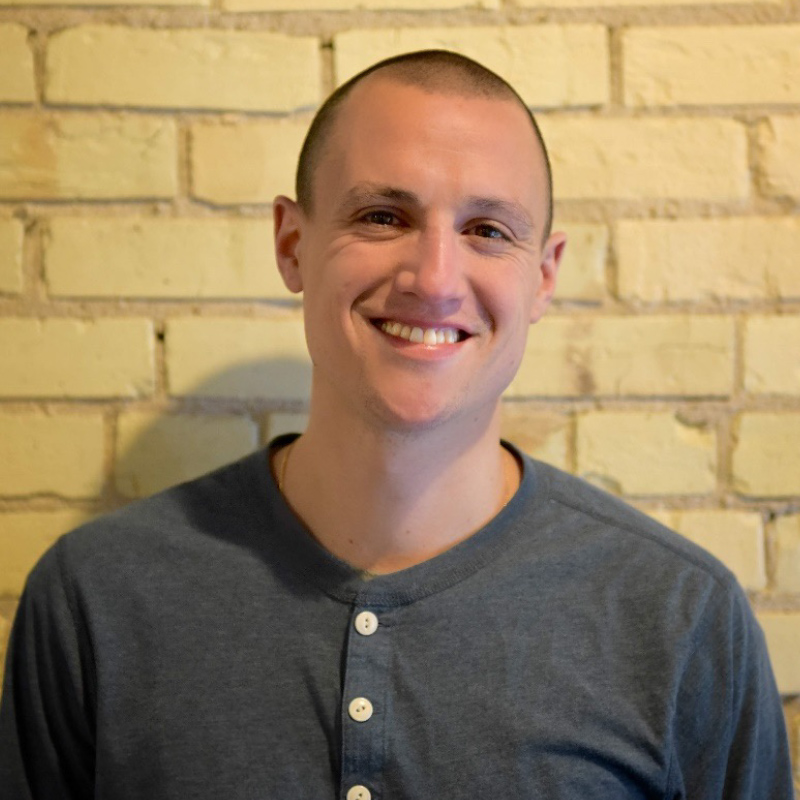 
Growing up in Leelanau County, naturally Heather landed her first industry gig scooping ice cream at the Dam Candy Store in Fishtown Leland. From there she continued to work up from dishwasher to bartender at several staple restaurants in the area. Looking to explore what the world had to offer outside of Northern Michigan. She accompanied her now husband Dallas to the Pacific Northwest. There, she landed with celebrated Heavy Restaurant Group, working at the Purple Café and Wine Bar, where the emphasis was on outstanding service, food and wine education and quality of life. A move back to the Midwest landed her a position as a catering manager, before reconnecting with now business partner Adrienne Brunette at Gemini Bistro. There Heather worked as a senior server and trainer, learning the nuances of a detailed service and friendly atmosphere of this beloved neighborhood bistro. "One of my favorite parts of the industry is helping people discover something they may not be aware of," says Heather, "also the team who you get to work with - it always brings people from all walks of life at all stages." Opportunity called her back to Seattle where she helped open a local catering and café with brother in-law Harry, spending their time evolving the business into a successful venture that is still growing and in operation today. Finally, the pull of home & Northern Michigan called, and she put down roots in Traverse City. She began as the General Manager at Mama Lu’s and then partnered with Mama Lu’s owners to open her own restaurant The Flying Noodle in 2020. Heather also wears the hat as the Director of Human Resources for the restaurants’ parent company Honest Hospitality. Heather’s attention to detail, powerful leadership, and gracefulness during service is a nod to her years of experience in acclaimed restaurants. When she’s not at work, you’ll find Heather spending quality time with her kids Vincent & Hazel and husband Dallas, as they explore all that the outdoors of Michigan has to offer, running and biking trails, jumping in a lake, enjoying a sunset bonfire or hiking in the snow. 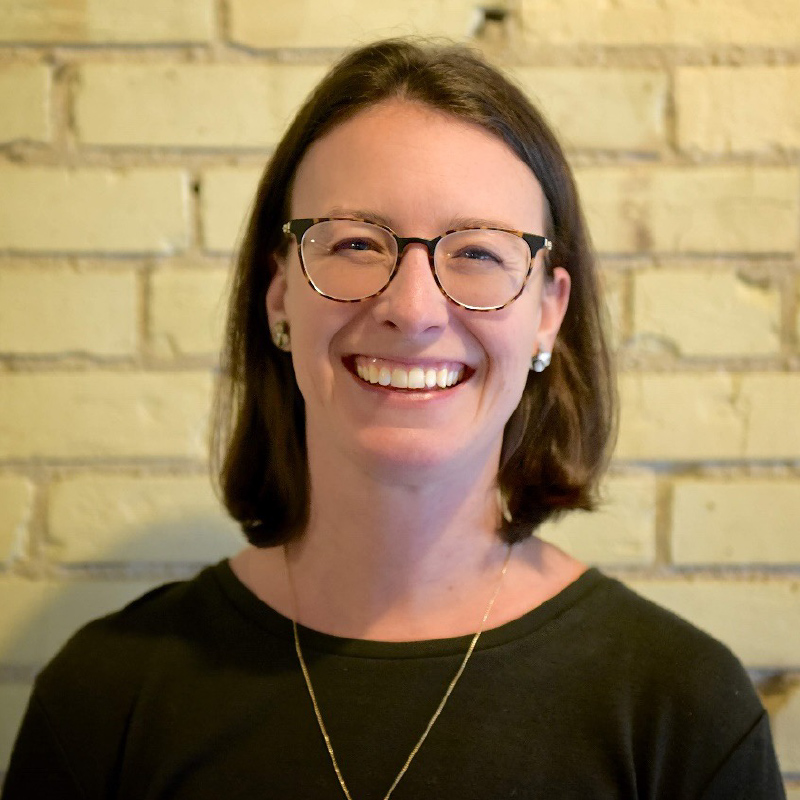 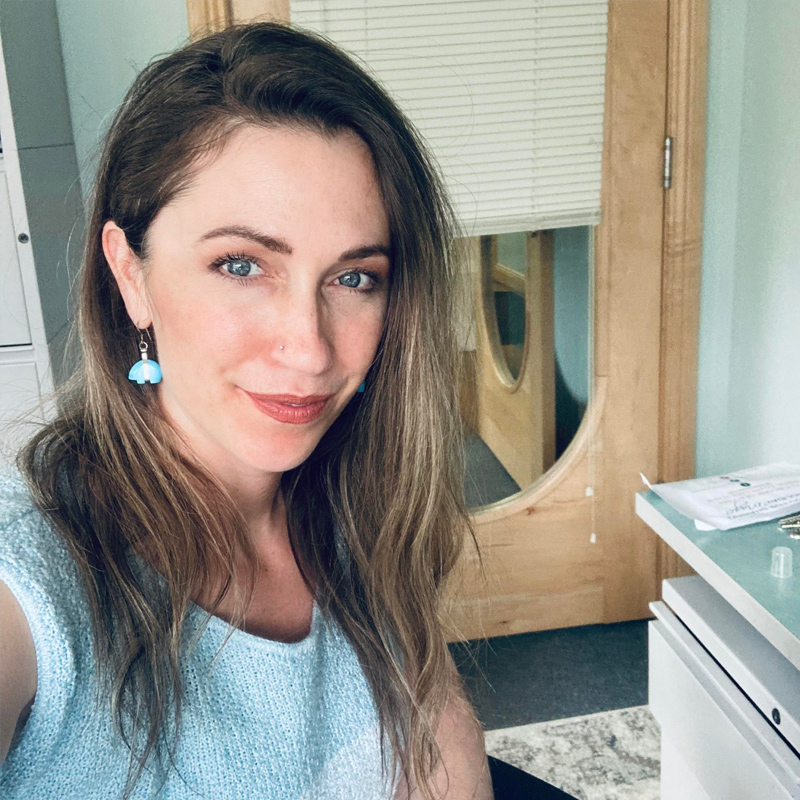 
Austin joined the company back in 2016 as a dishwasher at Mama Lu's. From there, he worked his way through all the ranks of the restaurant to his current positions: general manager at Mama Lu's and beverage director for Honest Hospitality. While working at Mama Lu's and The Flying Noodle, he developed a serious passion for bartending due to the company's glamorization of dining at the bar. For beverage inspiration, Austin draws from his travels all around the country and the world, whether it's Mexico, Iceland or Southern California. Prior to joining Honest, Austin studied viticulture through Michigan State University and worked in all aspects of a winery, including the vineyards, cellars and tasting rooms. When not at work, Austin loves to surf, bike, camp, cook and travel. 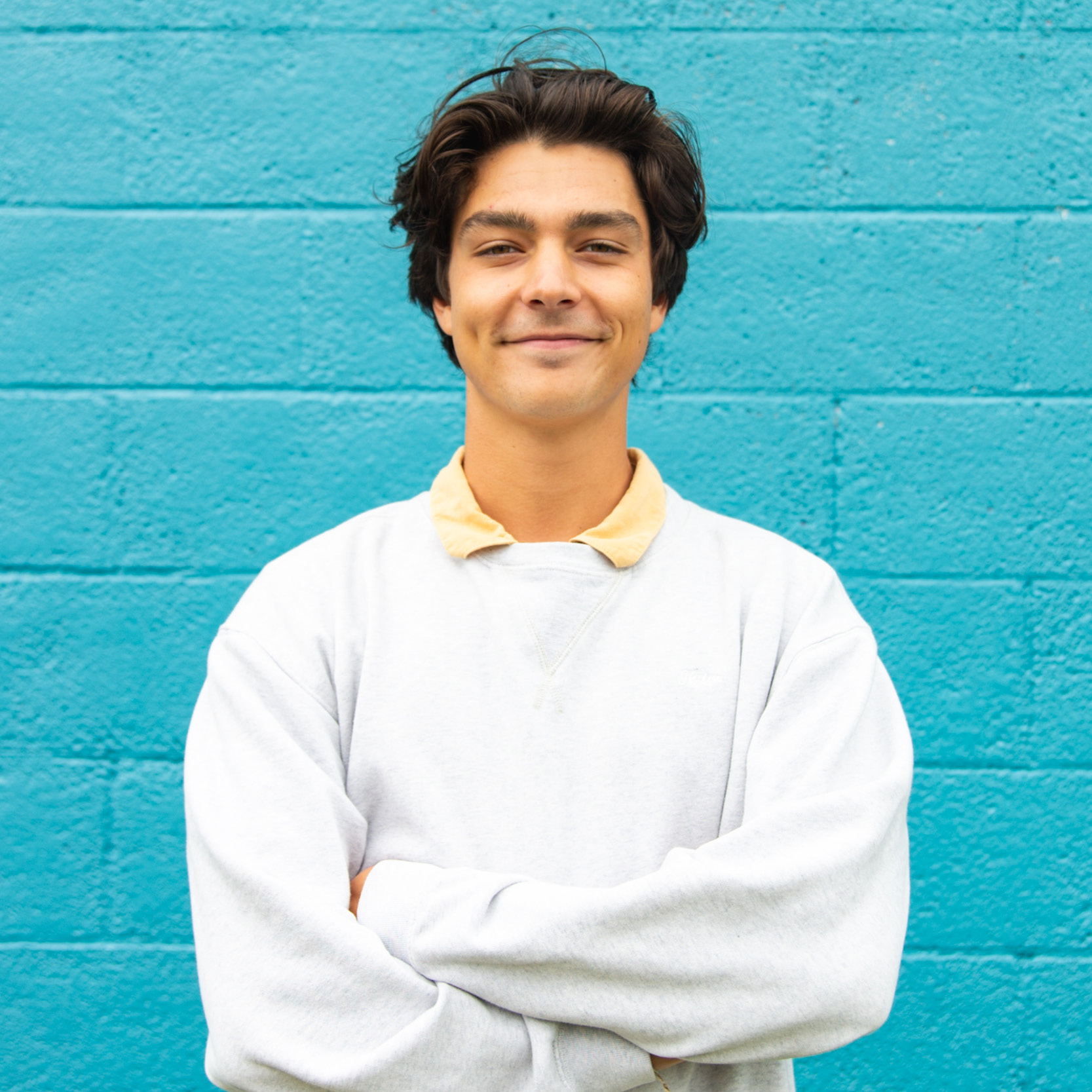 
In 2018, Lauren moved to Traverse City from west Michigan and began working at Mama Lu's right away. With a passion for serving others through great food and drinks, she started off as a server and bartender, and then moved into various roles with the company: beverage director, general manager, director of sales and now director of catering. About her current position, Lauren says: "I love to work on the catering side of things as it is a great way for us to showcase our food and help others plan their special day or event!" A graduate of Central Michigan University, Lauren enjoys spending her free time with her husband, daughter and Bernese Mountain Dog, and checking out local wineries and hiking spots. 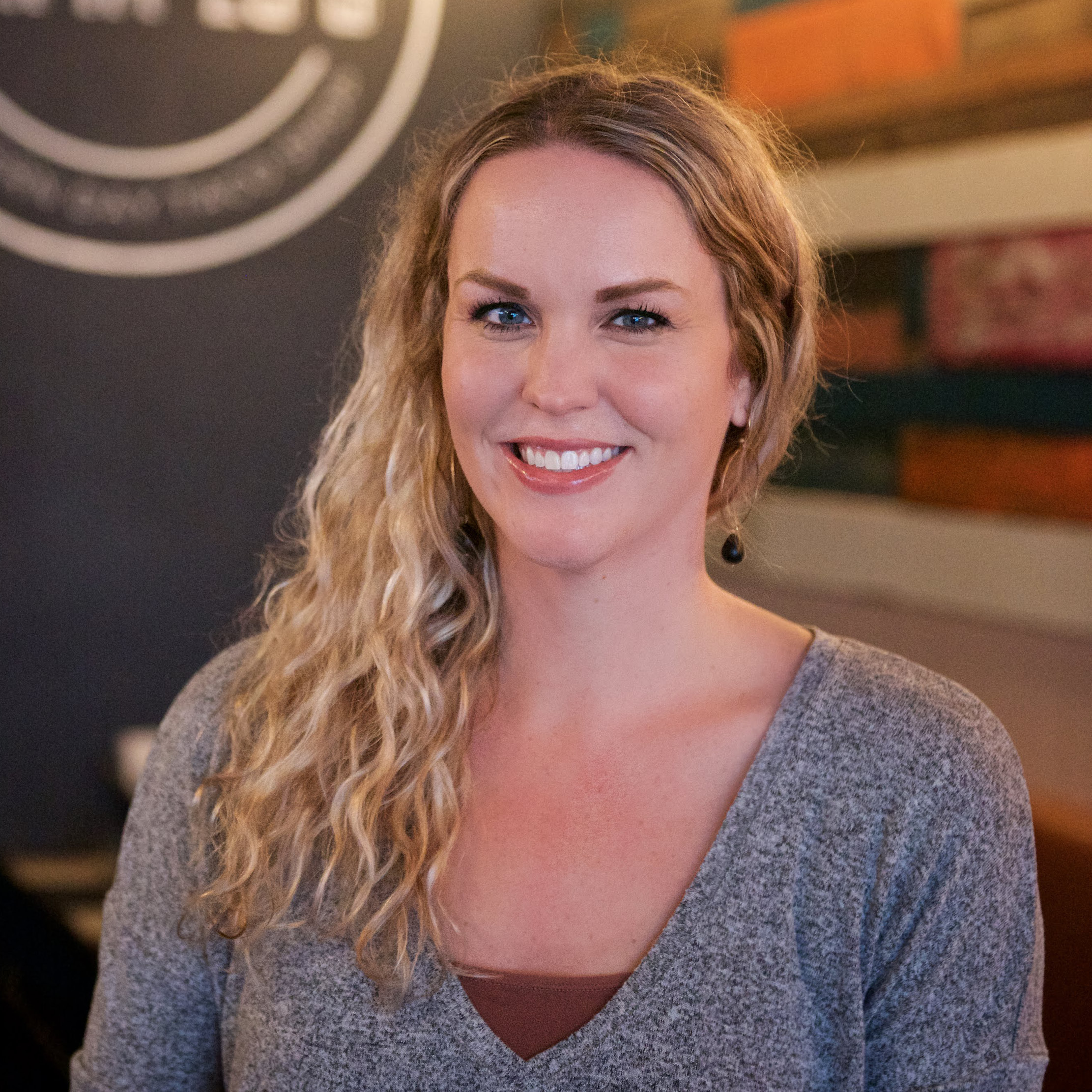